What is CBD Oil?

Cannabidiol Oil or commonly known as CBD oil is a hemp oil derived from hemp plant which is known for containing a high concentration of cannabidiol along with hints of tetrahydrocannabinol (THC).

The oil has gained popularity in recent years because of the ongoing wave of marijuana legislation and the doubts on its benefits among youngsters.

The cannabis plant consists of total 85 known compounds of which Cannabidiol and THC are commonly popular.

All the compounds found in cannabis plant are generally termed as cannabinoids and cannabidiol is the second most abundantly found compound in the cannabis plant after THC.

What Is CBD Oil and How It Is Different From THC?

The widening growth of Cannabis Oil industry is bringing to surface a broad array of cannabis products and among them, Cannabidiol Oil or CBD Oil is one of the most popular products.

There is a huge demand for CBD oil among many and rightly so.

This cannabis-based oil has several health benefits but there are plenty of risks involved as well.

Being illegal in many states, the oil has many doubts lingering around it as people are not really aware of its effect on human body.

Through this article, we will try to explain what CBD oil is, what are its effects on human body, and how it is different from THC? 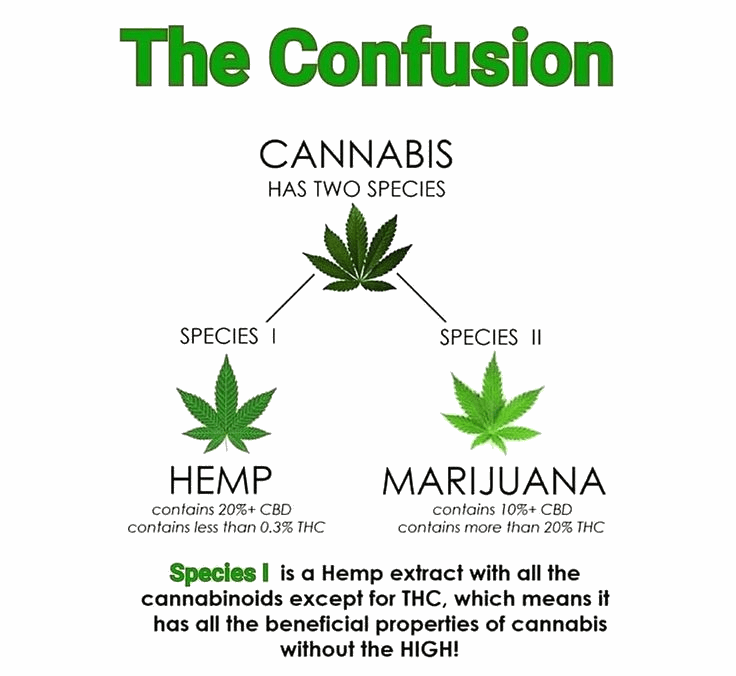 It is easy to extract CBD from a plant such as a hemp or cannabis that has a high concentration of CBD in it.

The commonly used methods require simple equipment and some types of solvent. Such solvent can be a liquid solvent such as CO2 or an oil solvent.

If you are beginning with a plant that contains THC as well, then the extraction process can be complex and you have to use professional equipment to separate the two cannabinoids.

1. Liquid Solvents : In this method, a liquid solvent such as hexane, ethanol, butane or isopropyl alcohol is put to use. The method involves using running the liquid solvent through the plant to strip it off the cannabinoids and flavours which are transferred to the liquid.

The evaporation process is used for removing liquid and the process leaves you with concentrated chemicals and flavours in the form of oil.

This method is the easiest means to extract CBD as it involves the use of simple instruments and is rather inexpensive.

2. CO2 Extraction: Performed with the help of ‘closed loop extractor’ equipment under strictly maintained variables such as temperature and pressure, CO2 extraction method is considered much better than using a liquid solvent as the end product obtained is pure and involves minimal risk of contaminants.

Since this is performed in a strictly controlled temperature and pressure, the method can also be used for extracting CBD oil from THC. This process is generally used by professional CBD producers.

3. Oil Extraction: Oil extraction method has been used for extracting cannabinoids from hemp plant and cannabis plant for a very long time.

The mainly used oil in the process is olive oil. This simple extraction method is used by many home producers. The process involves decarboxylation of the raw plant and heating of the plant to a specific temperature which activates chemicals in the plant.

Since olive oil cannot be evaporated therefore the process is not viable for commercial CBD oil producers. 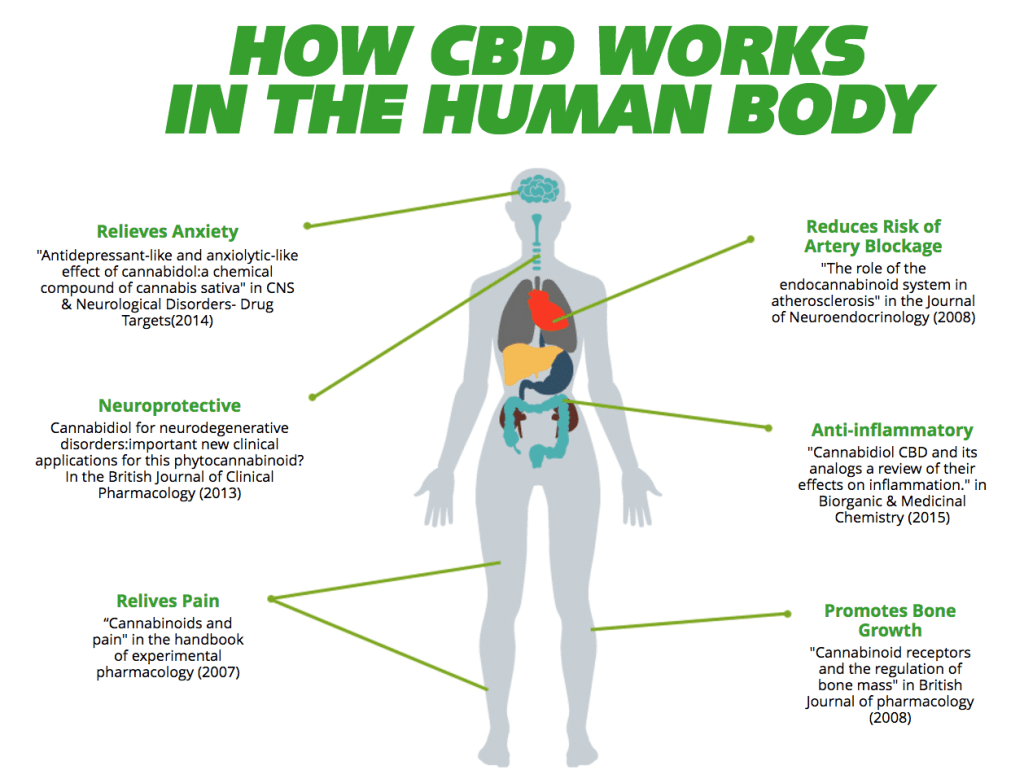 What Effect Does CBD Oil Have on Your Body?

Like other cannabinoids, CBD interacts with your body via your body’s endocannabinoid system which acts as a bridge between different receptors running from the brain to different parts of your body for the transportation of signals.

Endocannabinoids are present in all mammalian species that helps in maintaining the health of the body by activating receptors that lead to conditions such as appetite, memory, mood, pain, emotions, immune response, temperature etc.

The amount of CBD can have a positive or negative effect on your receptors which can alter your bodily functions such as breathing, memorising, sleeping, feeling of pain, etc.

Cannabinoids such as CBD that is derived from plants and is commonly found in marijuana and hemp can replicate many biological actions performed by endocannabinoids that are synthesized by the human body.

Much like endocannabinoids, CBD oil affects cannabinoid receptors to keep your body and its function in a state of equilibrium or homeostasis.

Our endocannabinoids system consists of two main receptors that are found in the brain, immune system, and central nervous system.

These two receptors are Cannabinoid 1 (CB1) and Cannabinoid 2 (CB2). While CB1 is found in the brain and central nervous system, CB2 is found in immune system and spleen.

Each cannabinoid receptor acts differently under the influence of different cannabinoids. 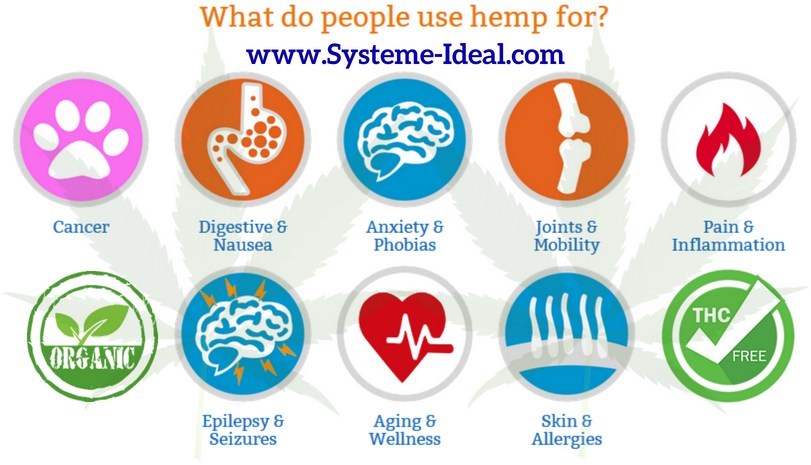 How Is CBD Different from THC?

Tetrahydrocannabinol and Cannabidiol are two of the majorly found cannabinoids in Cannabis Sativa, a marijuana plant.

For understanding the underlying difference between CBD and THC, you need to first understand the structure of THC.

The feeling of ‘high’ that you get after consuming marijuana is due to THC. It is the main psychoactive component of Cannabis Sativa / HEMP.

The compound shows its psychoactive effects by exhibiting the effects of anandamide. It is a type of neurotransmitter that is naturally produced by the human body and helps in regulating bodily functions such as sleeping and eating.

Some of the effects of THC on the human body are relaxation, reduced aggression, improved hunger, fatigue and altered senses of smell, sight, and hearing.

Both THC and CBD have different therapeutic effects on human body.

The major differences between the two are:

1. THC is Psychoactive Whereas CBD is not:

Often people confuse CBD with THC in the terms of latter’s psychoactive effects on human body.

The truth is that THC is a psychoactive compound and is responsible for the feeling of lightness and euphoria that you feel after consuming marijuana.

2. THC is the major compound in Marijuana while CBD is majorly found in Hemp:

Hemp and Marijuana are two different species of cannabis plant. THC and CBD are found in both hemp plant and marijuana but in different concentrations.

THC is found in abundance in marijuana. This is the reason why it is cultivated. Hemp, on the other hand, has a higher concentration of CBD while the concentration of THC in hemp is minimal (as low as 0.3%).

3. CBD Is Legal Under Law While THC Is Not:

In the United Kingdom, THC is prohibited under the Controlled Substances Act and is considered as a controlled substance, therefore, it is prohibited.

However, CBD is not listed under the Controlled Substances Act since it is not derived from Marijuana and is not considered as illegal.

You need to understand that THC extracted from Marijuana is illegal whereas CBD oil that is extracted from Hemp plant is considered legal under federal laws.

You can legally access hemp derived CBD in the US and Europe.

4. THC Activates Cannabinoid Receptors While CBD Does Not:

As we have already told you, Cannabinoids including CBD and THC interact with endocannabinoid system through CB1 and CB2 receptors.

The endocannabinoid plays a major role in maintaining a balance between different functions of the body such as pain, mood, appetite, and sleep.

THC activates cannabinoid receptors whereas CBD acts as an antagonist of CB1 and CB2 receptors and blocks them.

This also leads to suppressed effects of THC on receptors. Usage of both in a balanced manner can effectively increase the functionality of the endocannabinoid system and promotes healthy working of the body. 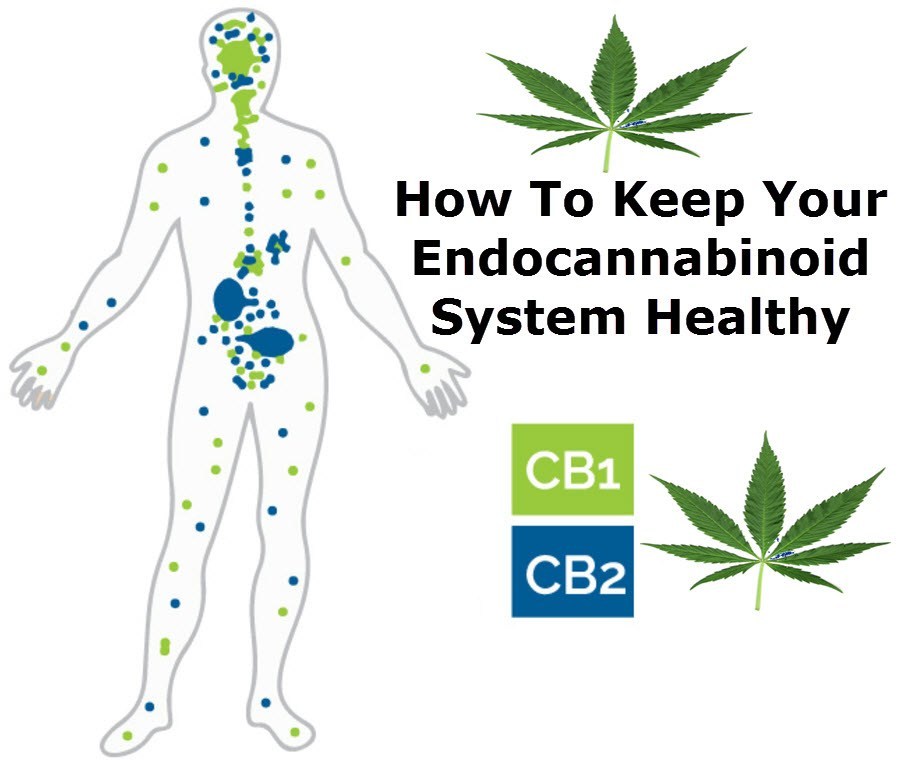 Side Effects and Risks Involved in Using CBD Oil

According to many experiments conducted by scientists, it is found that human body does not exhibit any side effect even after consuming CBD oil in different quantities.

No effects were found on central nervous system or mood of human beings who consumed it in heavy and light dosage.

The commonly noted side effects are fatigue and tiredness which are actually helpful for patients suffering from insomnia.

Some people also witnessed effects such as diarrhoea and loss of appetite and weight. Talking about risks involved, not many studies have been conducted to date to reach any conclusion.

It is recommended that individuals should use CBD oil after proper consultation with a professional medical practitioner.

As per the United Kingdoms Food and Drug Administration department, CBD is not allowed to be sold for treating any medical condition.

How Can You Use CBD Oil?

There are many products available that consists of CBD oil. Some of the products you can choose from are Pure CBD Oils, CBD Capsules, CBD Tinctures or liquids, CBD Balms and CBD Sprays.

You can choose products as per your own convenience and applications.

Cannabidiol or CBD is an active compound of hemp which is popular amongst people for health benefits. Understanding the effect of CBD on the human body is important before consuming it for any specific condition.

No major side effects have been found to date related to the consumption of CBD.

We hope that through this article, your doubts about CBD oil, its synthesis and its effects on the human body would have been cleared.

We also described how CBD is different from THC which is another cannabinoid obtained from the plant of Marijuana.

It is clear that the psychoactive effects normally witnessed after consuming Marijuana are due to THC and not CBD.

Have a good day 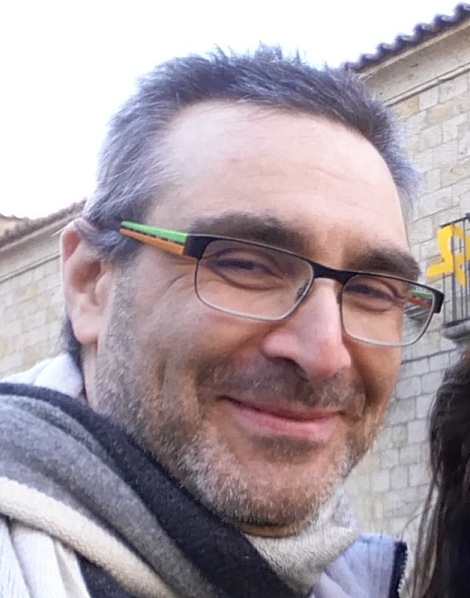 Make a difference one person at a time !

This article “What Is CBD Oil ?“ You liked it, share it on your favorite social network.😉

FDA Disclaimer : These statements have not been evaluated by the Food and Drug Administration.

These products are not intended to diagnose, treat, cure or prevent any disease. Jean-Marc Fraiche, VousEtesUnique.com ant HB Naturals assumes no responsibility for the improper use of and self-diagnosis and/or treatment using these products.

Our products should not be confused with prescription medicine and they should not be used as a substitute for medically supervised therapy.

If you suspect you suffer from clinical deficiencies, consult a licensed, qualified medical doctor. You must be at least 18 years old to visit our website and make product purchases.

We do not make any health claims about our products at HempHerbals | HB Naturals. Before taking our products, it’s wise to check with your physician or medical doctor.

It is especially important for people who are: pregnant, chronically ill, elderly, under 18, taking prescription or over the counter medicines.

None of the information on our website is intended to be an enticement to purchase and may not be construed as medical advice or instruction.

The use of any of our products for any reason, other than to increase general health & wellness, is neither, implied nor advocated by HempHerbals | HB Naturals. 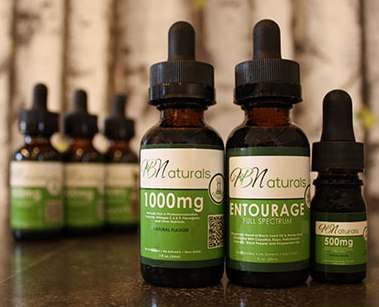 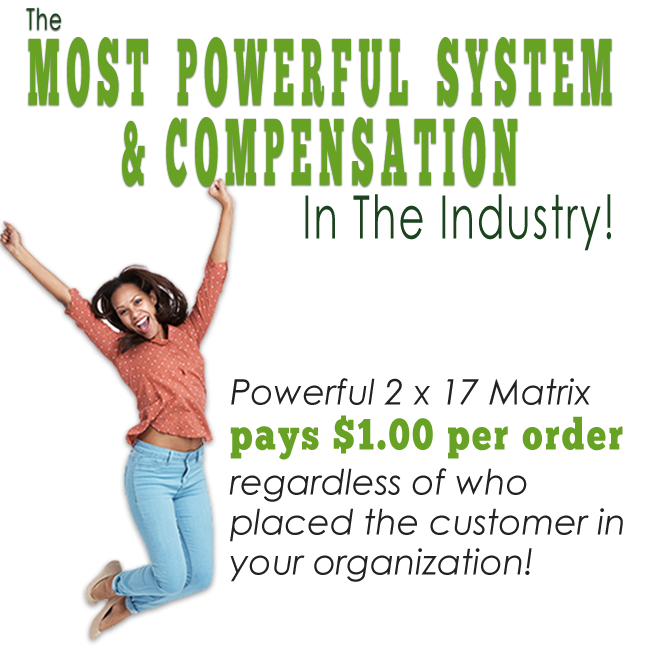 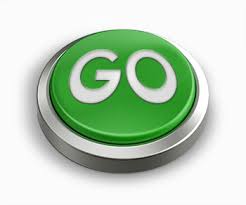 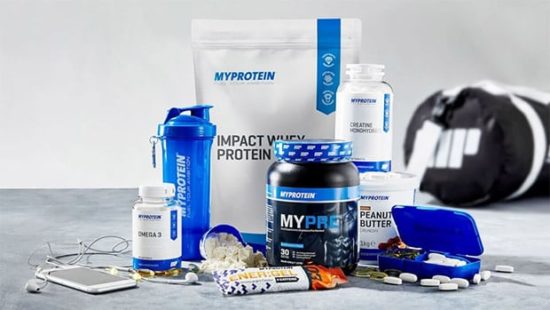 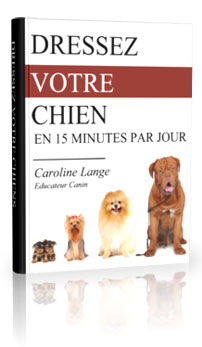